It’s the fastest growing social game ever made. 50 Million downloads in a little over a month. It’s surprisingly simple and yet it’s hooking people into it from all over the world. What is it? Draw Something.

Draw Something was the 36th game developed by OMGPOP before they got bought out by Zynga, the makers of Farmville. Zynga bought OMGPOP for $180 Million and not a moment too soon. Dan Porter, former OMGPOP CEO only had $1,700 left in his bank account and was supposed to close his company down for good when Draw Something started to take off. Lucky him.

As for the game, if you’re not on it, then you should be. The concept of the game is really simple, you draw something and you ask a friend to guess it. There are clue letters at the bottom and distracters to make it a bit confusing. There’s a bomb you can click to remove some distracting letters, making it easier to guess the word. Everytime you guess a word correctly, you get coins that you can use to buy bombs or buy more colors for your pallette. The beauty about draw something is that it’s a simple social game. You can play with friends from facebook or by entering a username, email address or you can even pick an enemy at random. You can choose a word from different difficulty levels; easy, medium to hard. You can install Draw Something whether you are on iOS or android (free and paid versions) and play it on your phone or tablet. You don’t have to be too a good artist to play, so go ahead and just draw something.

Below are some samples of drawings people did in the game: 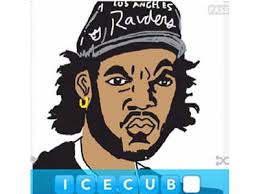 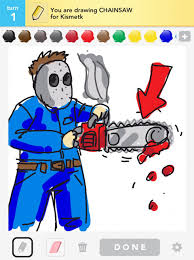 With Product You Purchase

Legends of Callasia Expansion ‘The Stoneborne’ Launches on PC, Mac, and iPad